The MONAI Deploy App SDK enables the designing of usable, reproducible, and production-ready AI inference applications in the healthcare domain. The SDK was designed with the following four core design goals:

Below is a high-level architecture diagram of the MONAI Deploy Application SDK. 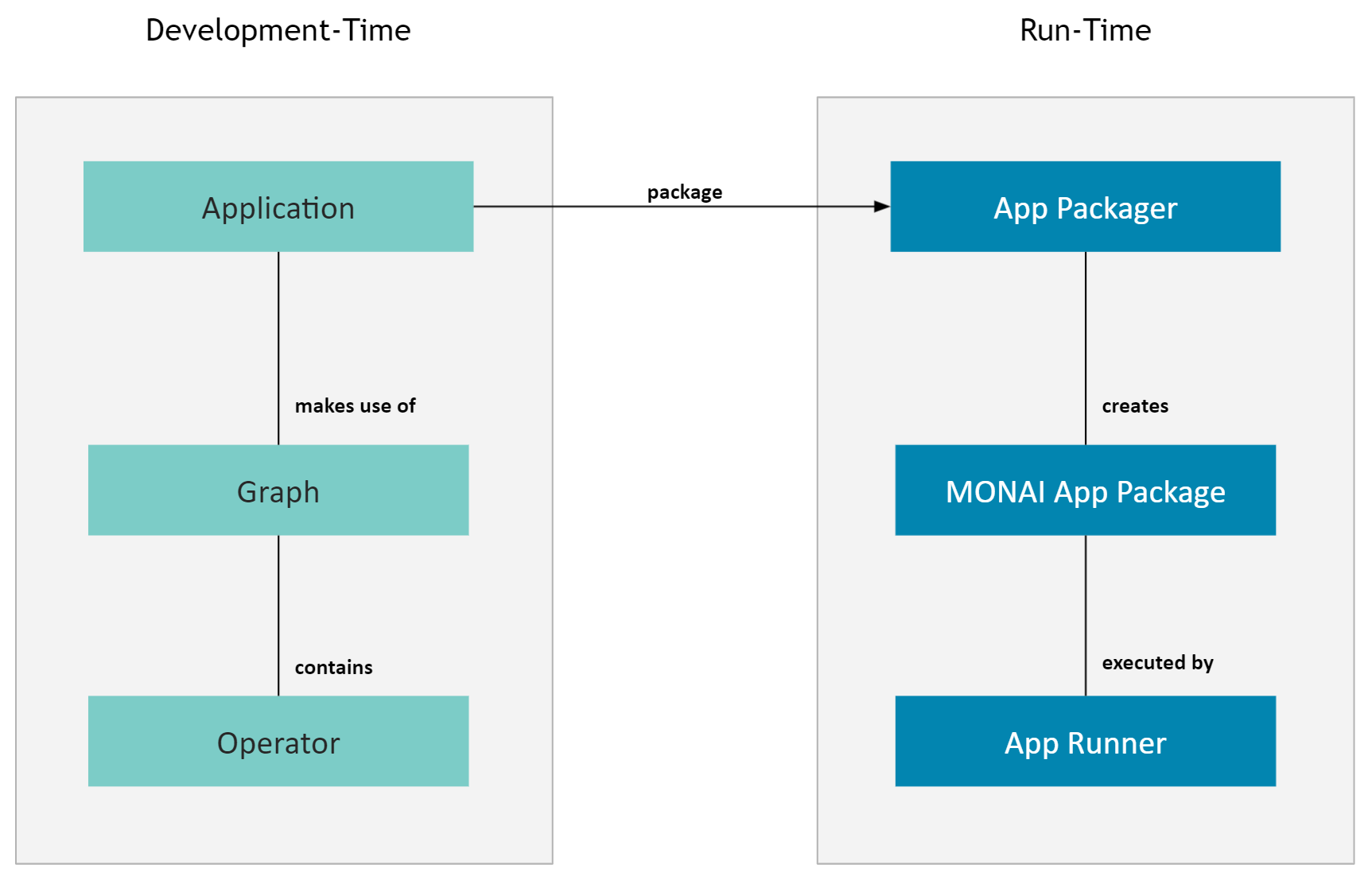 The user is encouraged to structure the application code in a way that enables reproducibility and debuggability. In contrast, the SDK itself is designed to minimize concerns related to production readiness during development time. Optimally, the user can write idiomatic Python code focusing on the logic itself and the guard rails of the framework enable the code to be production-ready.

Application: An application represents a collection of computational tasks that together accomplish a meaningful goal in the healthcare domain. Typically, an app defines a workflow that reads medical imaging data from disk, processes it in one or more operators (some of which could be AI inference related), and produces output data. User implements an app by subclassing Application class. An app makes use of instances of Operators as stages in the application.

Graph: The SDK provides a mechanism to define a directed acyclic graph (through Graph class) which can be composed of operators. This acyclic property is important, as it prevents the framework from running into circular dependencies between operators. The graph consists of one or more vertices and edges, with each edge directed from one vertex to another, such that there is no way to start at any vertex and follow a consistently directed sequence of edges that eventually loops back to the same vertex again. Each vertex in the graph represents an Operator. The edge between two operators contains connectivity information.

Operator: An operator is the smallest unit of computation. It is implemented by the user by inheriting a class from the Operator. An operator is an element of a MONAI Deploy Application. Each operator is typically designed to perform a specific function/analysis on incoming input data. Common examples of such functions are: reading images from disk, performing image processing, performing AI inference, writing images to disk, etc. The SDK comes with a bundled set of operators.

The core runtime concepts in the MONAI Deploy App SDK are the MONAI Application Package (MAP) and a MONAI Application Runner (MAR). A key design decision of the SDK is to make the framework runtime-agnostic. The same code should be runnable in various environments, such as on a workstation during development or on a production-ready workflow orchestrator during production.

Executor: An executor in the SDK is an entity that ingests an Application, parses the Directed Acyclic Graph inside it, and executes the operators in the specified order. The SDK has provisions to support multiple types of Executors depending on single/multi-process and execution order needs.